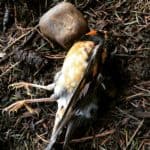 Yesterday I took time off from housecleaning chores to finish Nicholas Stargardt’s The German War. It seemed incredibly apposite reading, given the American greased-slide into fascism. (Which I hope will be arrested, but it’s looking less and less likely.)

When an enraged Hitler Youth leader wrote to Rainier Schlosser, Goebbels’s head of theatres, denouncing the city’s Schauspielhaus as a ‘hotbed of reactionary sentiment’, it was Schlosser himself who explained that ‘theatres with a pronounced liberal atmosphere are essential because they cater for a certain section of the audience and ensure that [these people] ultimately remain under our control.’ (Stargardt, The German War, p410)

This led me, of course, to think of the “furor” over Pence being booed at Hamtilton. Which propelled me down an interesting mental road, classifying der Turmper as a somewhat accidental dictator with no real ideological fixation except self-aggrandizement. I have often wondered, if der Turmper didn’t exist, would the GOP eventually have had to create him? Der Turmper has no constellation of talent that he shares an ideology with to perform the services classical fascism depends on. Consider that Breitbart fellow, Bannon: he is, at best, a shabby bargain-basement imitation of Goebbels, not a pioneering propagandist in his own right.

I keep filtering news, movies, Twitterstorms, and much other media through a wad of “is this an opiate for the masses?” and being unable to decide. Then I wonder if that very confusion means the slide into fascism is accelerating, because it’s enough to overwhelm and paralyse.

Another aspect of the book was the sheer amount of projection authoritarians engage in. I understand it’s a very important part of the authoritarian mindset and personality, but the gigantic, endemic proportions continue to surprise me. (Related: Believe the authoritarian when they tell you what they’re going to do.) Again and again, the Nazi rulership accused its opponents, domestic and foreign, of the exact things it had already done or was planning to do. I don’t quite have the patience or the stomach to delve into American exceptionalism and the projection that accrues from such, but I cannot think it’s dissimilar.

What also surprised me was the amount of internal emigration, not just by intellectuals or artists, but by regular diary and letter writers. The problems and tensions of such emigration–and the conditions that make it an attractive or necessary option for survival–are particularly resonant. Just the sheer amount of ugliness and “what has that apricot narcissist done now” swimming around in the news is enough to make me want to retreat, to curl up in a ball and hope the storm will pass me by. Selfish? Probably. Tempting? Certainly. Fighting the urge takes emotional energy. No wonder people got tired and retreated. Engaging day after day, even just signal-boosting, becomes a burden. If one has the luxury, the privilege of internal emigration, one can easily mistake it for self-care.

Stargardt’s prose is finely tuned and his authorial voice manages not to shy away from the horrors he has to pitilessly show. Sometimes his disgust is palpable, yet his tone never wavers. It must have been exhausting to write, and it was exhausting to read and feel the shock of recognition over and over again. I see the same shifts in private conversations, the same shifts in propaganda, the very same excuses being used today as were used in the 30s and 40s. The signposts are all there; the only thing missing are guns and tanks on American soil. I’m still absorbing the thought that if there isn’t an existential threat (like Russia’s invasion of Germany after Germany’s 1941 almost-went-all-the-way invasion of Russia), fascists will create one; Trump’s neuroses and the GOP’s pandering to hatred has done its best to Frankenstein one together. (“Immigrants! They’re Taking Away Our Things!”)

I’ve gone straight from Stargardt to Svetlana Alexievich’s Secondhand Time: The Last of the Soviets. The differences are only outweighed by the parallels. People are the same the world over, and the scourges of war, ethnic hatred, and authoritarianism are too. It’s not a particularly comforting thought right now, but at least I feel a little more prepared. After reading history, I am doomed to watch others repeat it, but at least I will be mostly unsurprised.

With that charming thought, I shall bid you adieu for the day. These copyedits aren’t gonna review themselves. Although sometimes I wish they would…