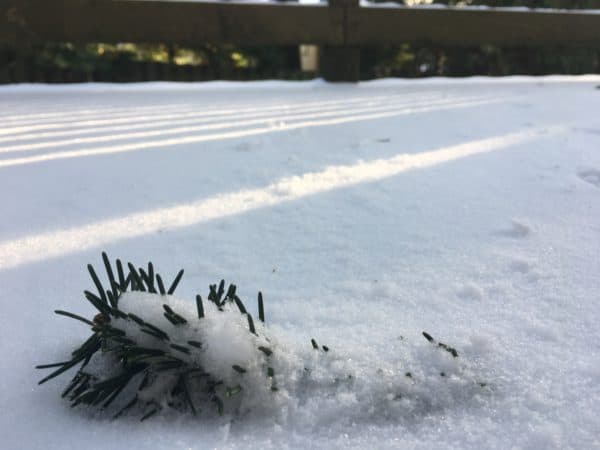 It’s pretty unheard of for us to get snow that doesn’t immediately melt. There was, of course, the Great Snow & Ice Storm of, hm, six-seven years back or more, before we moved here? Extreme weather has gotten more extreme. (Thanks, climate change!) To say this part of the country freaks out about snow is a massive understatement. We don’t really have the infrastructure to handle more than intermittent freezes, and during any freeze the only thing more dangerous than the roads are the people (unused to such things) driving upon them.

School canceled and the roads uncertain, and more snow/ice predicted for tomorrow. There’s only so much hot cocoa I can drink before I start getting itchy and wanting to run. Fortunately I have the treadmill, but getting my ass downstairs and on it is going to be a chore. I would much rather go back to bed and write in a trusty spiral-bound notebook instead, but that’s not an option. I gotta type if I’m gonna make wordcount.

No rest for the weary or the wicked, chickadees. Over and out.