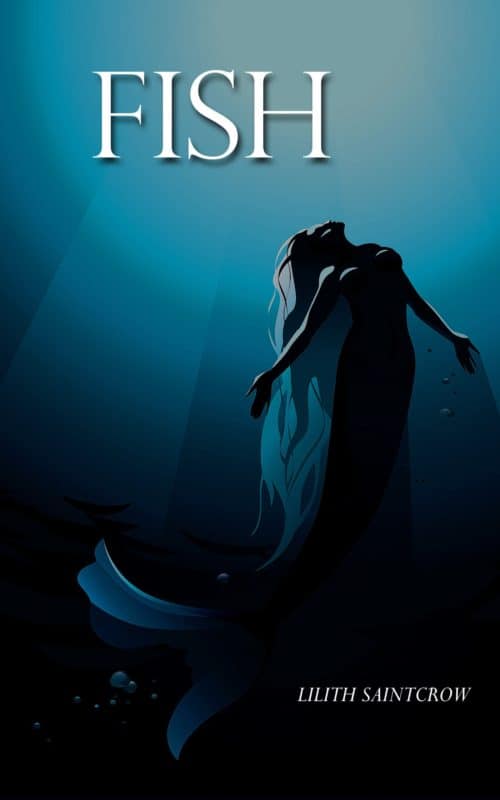 If you wanna read a two-buck short story about a carnivorous mermaid, now’s your chance.

This morning’s been all about soaking up the weird dreams I spent last night having while listening to Blue October. I still remember where I was the first time I heard Hate Me, they lyrics staying with me long enough that I got home and fired up my old Windows laptop (good God, that was a long time ago) to search for them. Approaching Normal is one hell of an album, and one that I’ve never felt the urge to write any books to just because it is so raw. It forces me to listen instead of write.

The mermaid short story will be finished today, I think. Then it’s into revisions for The Marked. Getting that done as soon as possible and through the copyediting and formatting is the priority now. Once that’s finished, I may look into the genie story again. It would be nice if a publisher would show some interest in that or in Afterwar, but I’m not holding my breath.

On that note, every once in a while, I’m going to quietly and politely ask that if you liked one of my books, you head on over to Amazon or Barnes & Noble or wherever you like, and at least leave a rating. Ratings and reviews get books pushed up in the algorithms, and that means more books sold, which means I can afford to write more books for you. (It also means I can pay my mortgage. I’m a big fan of that.) If you have the time and the inclination, I’d appreciate it.

There’s another short story pressing on the back of my brain to be told–the Fifteen Wings one–but that’s going to have to wait. It’s not finished marinating yet, and in any case, short stories are just not a good use of my working time unless they’re already sold. If the mermaid would wait, that would be nice. But this mermaid doesn’t wait, I think. Especially when she’s hungry.

The Princess is playing Chopin in the living room, which marries uneasily to the music playing softly through my desktop speakers. It makes me smile. As soon as I finish this I’m off for a run, and then it’s work, work, work. As usual. I feel like the year’s turned a corner, which would be nice if it hadn’t taken over half of it to do so. Of course the news is still terrible, but I have a faint glimmer or two of optimism welling up inside my tiny, shriveled, blackened little heart.

The Muse has decided that I need to write short stories after finishing revisions on Cormorant Run. I finished a 7K short for an upcoming anthology, and it made me feel almost frantic with loathing. Not because the story is bad, though it could very well be, but because it’s Perry. If there’s a single character that makes me want to scrub myself with hot water, bleach, and a wire brush, it’s him. If I didn’t feel like scrubbing myself raw after a scene with him, I went back and did it again, over and over. Trying to do justice to a hellbreed’s disgustingness is no small order.

So it’s leaving that zero draft to soak in itself for a little bit, while I write the carnivorous mermaid one–alternately titled Fish and The Sea Has Time, though I suspect in the end its title will be a third choice–and then it’s straight into revisions for The Marked. I know Cormorant Run will need another pass, because it’s just that type of book.

So it’s all short stories all the time over here, for at least the next couple of days. While I wouldn’t go so far as to say I dislike writing them, I do find them difficult in different ways than novels. A full-length book is an endurance contest, and I am particularly fitted for those. Short stories are a sprint, an iaido cut instead of a drawn-out slugging match, and they require that I know the arc already before my hand even moves for the hilt. It’s an entirely different set of mental muscles, one I don’t use naturally. So, short stories are hard, and I prefer not to work in that vein.

Which just makes it ever so much more ironic that the Muse is serving them up now. “Here,” she says, “is the entire arc, I already did it for you, now write me this.” Serving up what she thinks I need, dammit. It doesn’t help that short stories aren’t very financially viable, either. Not a good return on my investment of working time. Although I should put together a collection of them, one of these days.

It doesn’t matter–my job is to swing for what she pitches, no matter what brand the spinning globes are. But I really would prefer it otherwise. I think maybe she’s getting back at me for exercising her in new ways. Cormorant Run was probably the strangest thing I’ve ever written to date, and Afterwar, the next big project, is similarly complex, new, and terrifying.

So maybe the Muse is just giving me her version of a breather before we go into the trenches for Something Different again. it’s a version that’s twice as much work as regular work, of course, because the Muse is a bitch and wants me to despair.

*sigh* Off I go to write a mermaid. Enjoy your Monday similarly, my chickadees.

After two years, the Madhouse fan forum is back open! It had some significant teething troubles, but I think it’s at least workable now. Enjoy.

We’re also coming up on the release of Wasteland King, the third and final installment of the Gallow & Ragged series. It drops on the 27th, and people are already emailing me with questions and begging for ARCs. I’m sorry, but I have no ARCs to give. (The Madhouse also has a dedicated Gallow & Ragged forum.) I should also say, if you liked the series, please leave a rating or review on the online bookstore of your choice. It really does help, and the more it helps, the more books I can write for you!

Okay, that’s all the shilling I’ll do for today. I know I have to do marketing stuff, but I always feel like a jerk when I do.

The kids have roped me into playing Pokemon Go. The Princess chose Red Team, the Prince chose Blue, so I had to choose Yellow as to keep things fair. (I kind of wanted blue, but alas.) I can see why it’s so popular, but the kids are not allowed to go hunting alone. The risk of walking into traffic or something similar is just too high. On the bright side, I’ve found it can be up while Runkeeper is logging my run, so I can grab a Pokestop or two on my morning sweat-and-stride. I do not catch Pokemon while running, though I will admit to thinking, maybe I should double back and get that one when I’m finished.

So the kids have to buddy up or go with me, and we did a nice long walk last night. We all three bagged a Clefairy, which is good, I guess? I still think someone is going to get badly injured or God forbid killed while doing it, and that dulls any enjoyment a great deal as well as making me somewhat of a wet blanket to go on expeditions with. But the kids are all agog and it’s something we can do as a unit, so there’s that.

And now it’s time for me to go get some of these short stories out of my head, including one told from Perry’s POV for an upcoming Urban Enemies anthology. It’s going to take a couple stabs before I get that one out whole, and there’s the carnivorous mermaid one, as well as one titled Fifteen Wings I need to take a running start and bounce off from before it will settle down. I have no idea why my brain is suddenly turned to short stories; they are viciously difficult for me and I don’t really enjoy them as much as, say, fresh wordcount in a novel. That’s what the Muse wants, and what she wants she gets, at least while I’m in that magical, fairy-dusted period between deadlines.