Me: This is solid marble, how…?
The Princess: I dunno.
Me: I'm not mad or even annoyed, just curious as all get-out.
The Little Prince: Oh yeah. About that…

Apparently, it slid out of his hand and dropped just the right way onto granite countertop tile. Which is a shame, I liked this butter bell, but now I can use its parts as "planters" for the epiphytes I'm currently in love with and I can get a bell that matches the rest of the kitchen. 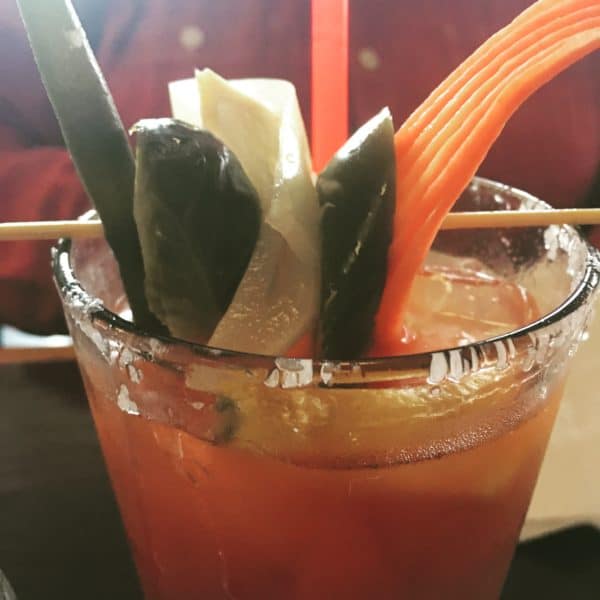 I’m not a Bloody Mary person. I think vodka belongs either straight or in cranberry juice, with a slight but significant exception for fresh orange juice. But–useless to deny it–there is a certain charm to getting all your brunch veggies in this form…

I did not want to get out of bed today. I mean, I don’t ever want to, but this morning’s wanting was in a class all its own. Fortunately there was lemon poundcake left over from yesterday, which was even better today. Maybe it’s the sort of thing one has to make the day before, stick in the fridge, and try not to eat until the next morning.

The best thing about said cake was the glaze–sugar dissolved and heated in fresh-squeezed Meyer lemon juice, then poured over the hot and toothpick-jabbed poundcake, wait ten minutes, brush remainder of glaze over poundcake surface, let cool. The recipe said to take it out of the pan and brush it all over with the glaze, but I decided “fuck that” for two reasons: one, a tide of lemon syrup all over my counter is just asking for trouble, and two, I doubled the poundcake recipe to make a 13×9.

Because when I poundcake, dammit, I GO FOR GOLD.

Anyway, I can only guess that the glaze soaking in overnight, nestling in nooks and crannies, made for super deliciousness the next morning. For those interested, the recipe’s from Rose Levy Beranbaum’s Cake Bible–the basic poundcake recipe, lemon-poppyseed variation, only without the poppy seeds because I hate the little buggers between my teeth.

So, leftover poundcake with eight shots of espresso, I have a run to get in, and three projects on the burners now. Atlanta Bound is heating up; I have all the pieces in place for the season (and Roadtrip Z series) finale. I’m still going gonzo on Hostage of Zhaon–the first half of it is with a sensitivity reader now, so I should hear back soon whether there are giant fucking holes or the whole thing is just a bad idea. If it’s the former it’s probably fixable, but if it’s the latter, well, that’s 60K down the drain. Better that than being an asshole, though.

I’ve also been playing around with Hell’s Acre. I like both the characters, but I think the last scene I wrote needs to have its setting changed out in order to set up Breakbridge the Orphanage Director. Who is a very decent fellow doing his best.

No, I didn’t want to get out of bed today. Since I’m here and caffeinated, though, I might as well work. Miss B is pointed down the hallway, twitching every time I shift in my chair. She knows I have my running togs on, and that means motion. 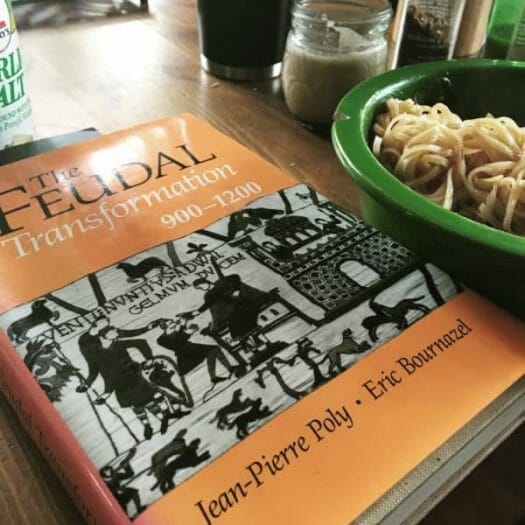 Two of my favorite things: a book that I must read with a dictionary handy, and spicy noodles.

Hating school is one thing, but learning is quite another. 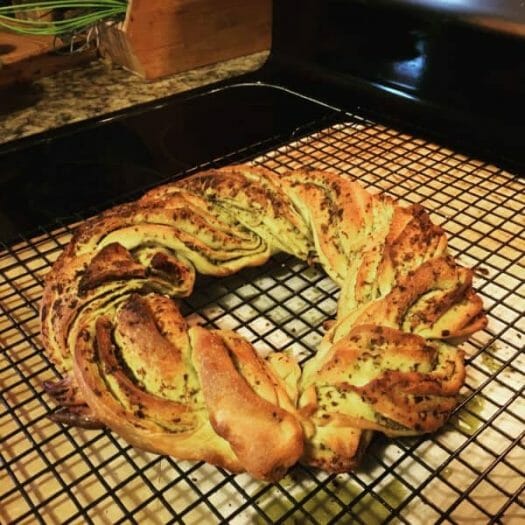 When you’ve had a rough week, and your no-longer-a-teenager-this-year child knows it and uses her day off to clean the kitchen and make a pesto braid, because she wanted to try the recipe and she knows you love pesto…

I love my kids. 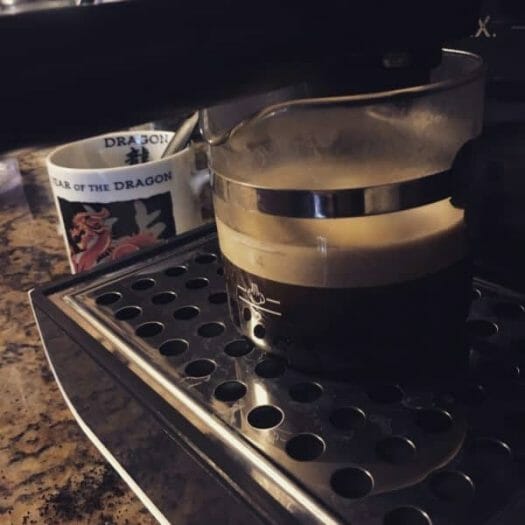 A certain Good Angel gifted me a tiny spare espresso machine, since my beloved Breville monster is down for the count. It’s been nice to pour a couple shots in the morning, and another few in the afternoon. French press just isn’t the same.

It’s an old Starbucks machine, and not for the faint of heart. I’ve already given him a name, and hopefully we’re at the beginning of a bee-you-ti-ful relationship. 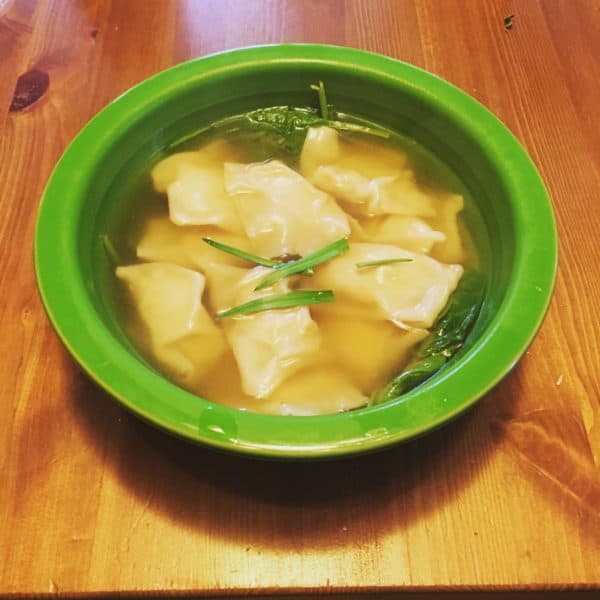 Recently, I made chicken wonton soup for the first time. (Here’s the recipe I used, if you’re interested.) Despite not having a goddamn clue when it came to folding them, they ended up just fine, and DELICIOUS, and there was no breakage.

Sometimes you have to take the victories where you find them.