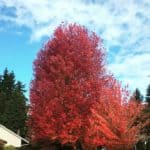 I think the recent heat has disarranged Odd Trundles. His appetite has diminished, which is…not usual. At least he’s still scrabbling after whatever hits the ground, but he’s lost some weight and doesn’t seem interested in his kibble. This all started with a couple nights of it being too warm to sleep comfortably even with the AC on, so hopefully a break in the weather and sleeping outside his crate on some cool hardwood will help. Yesterday he was lethargic, but the heat enervated everyone at chez Saintcrow.

Us pale Northwest mushrooms don’t do well when the mercury climbs.

I spent the weekend running, running, running to get the daily trivia of life packed away. Now that it’s Monday, I’m exhausted, and going for a run before caffeine probably didn’t help. I used to get up, grab a banana and some milk, and head out, saving coffee for when I returned. Seems like that might not be the best strategy anymore. In any case, I came home, washed off the sweat, and had second breakfast with my usual two jolts, and I’m waiting for it all to settle.

I know I should be working on HOOD. I know I should be gearing up for revisions on Maiden’s Blade. Nothing seems to be working right on the page, though. I had to toss a hard-fought chapter in HOOD and re-do it from the ground up, and though it certainly worked after I finished, the aggravation was intense. How long will it be before I gain any joy in what I’m writing? Lately it’s been a slog. A miserable one, too, considering I get itchy and weird if I don’t write. Annoyed if I do, driven to distraction if I don’t–it’s enough to make me want to swear off the whole thing and become a plumber. A taxidermist. Something, anything else.

The only way out is through. I know this. I also know this is leftover stress from the various problems with Afterwar, cumulative rasping on the physical mechanism until it frays. Knowing it doesn’t make the deep snarl running just under my skin any easier to soothe. Current political events don’t help my mood, either. I’m having to institute a moratorium on news just to save what little insulation I have on my wires.

Meh. I’m too anxious and annoyed to go on complaining. I suppose I could simply retreat to the couch and read something happy today, or curl up and watch a Shaw Bros. movie. Or I could just get over myself, get some ice water, and get back to work.

Guess which one is more likely. Go on, guess.