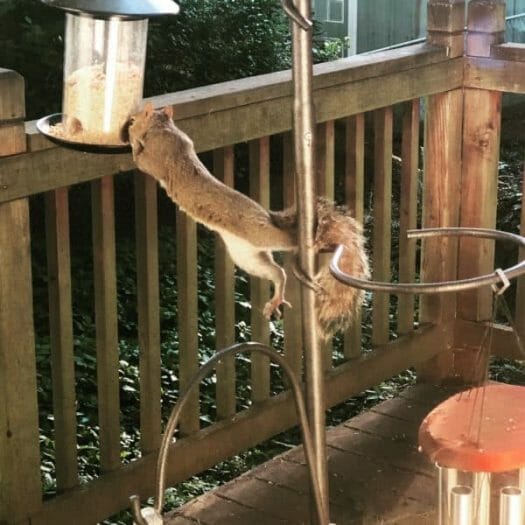 So now we have a boy squirrel we’ve named the Olsen Twins1 and a girl squirrel acrobat we’ve named Batgirl2. Olsen Twins has been coming back for a week to figure out how to get into the birdfeeders, but it took Batgirl to solve the quandary.