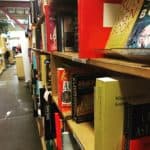 Well, I’m awake. The house is quiet, especially since Odd Trundles, worn out after all his napping yesterday and a night spent snoring, is on his Fancy-Dancy Office Bed. Miss B, twitchy since I didn’t take her out yesterday, is busy supervising both his schnorgling snores and my listening to affirmations. This supervision mostly takes the form of nosing him and begging me for pets.

I’m back at work, thank the gods. Not fully recovered, I suspect, but the itch under my skin has mounted to such a pitch that scratching it outweighs the need to rest. It’s time for me to shift most of my engines to Khir’s Honor, which is….a complex book. It’s hit 60K and is just getting started. Apparently the next thing the Muse wants is doorstop epic fantasy. Conspiracies! Poisoning! An unsteady empire transitioning from expansion to maintenance, but under external threat! ROMANCE!

This is going to be fun.

The other thing on my list is revising Jozzie & Sugar Belle. This will probably be a weekend project, since I’ll need a block of dedicated time to get back into the lighthearted swing of that story. Plus, there are details I want to layer in, like Jozzie’s jockstrap (look, when your nuts get excised, you might feel a little self-conscious and want to pad things out a bit) and Sugar Belle’s wardrobe, which frankly is a character all its own. I guess when you’re a stripper/tattoo artist/witch, you have no fucks to give about sartorial conventions. I might be wanting to channel a little of that myself, lately.

I never thought I’d attempt epic fantasy, despite Steelflower. Apparently the Muse thinks now is a good time to attempt it. Last time she got an idea into her pretty head was Afterwar, and that book terrified me in terms of complexity and subject matter. She keeps pushing and prodding, forcing me to stretch. Let’s see if you can do this, she purrs, and I sigh.

Like a shark–the only way to breathe is to keep swimming. It’s actually comforting. The idea that the gods can’t take me until I finish my TBR and all the books I want to write is no doubt erroneous, but it helps me get through the day and move forward. Work and books as a bulwark against eternity. There are worse ways to cope.

I am pondering–only pondering, mind you–starting to give writing and editing advice over on Haggard Feathers. (That’s where you can get on my editing/cover copy/ebook formatting waitlist, too.) Running two blogs at once seems a thankless task, but maybe consolidating and putting all my writing advice in one place (that isn’t Quill & Crow) might be a good idea.

In any case, it’s time to get to it for the day. Miss B requires a ramble today, I think, which means I have wordcount to get in before I’m free to stick my feet in shoes and grab her leash. It’s sunny, which means there will be a million people out, probably with their own dogs offleash, but maybe it won’t be so bad.