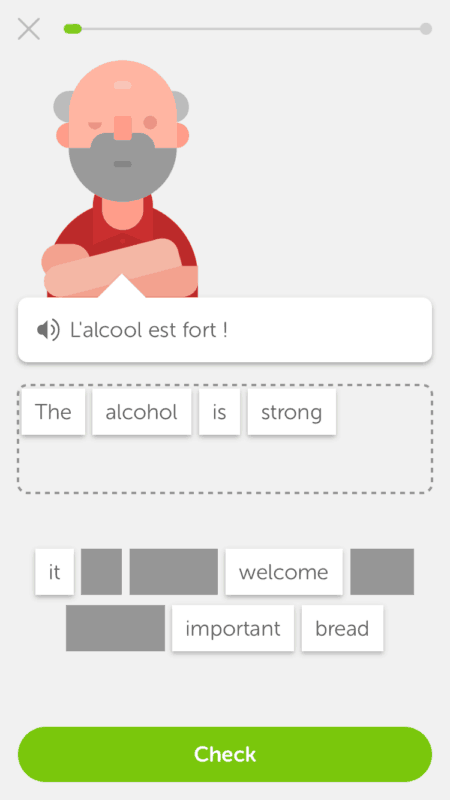 With the New Year, I’ve had to cut back on my language studies. I was doing Latin, French, Spanish, flirting with Greek, and attempting to hammer hangul into my head. It was eating up a lot of my time and frustrating me more than it should. I just don’t have the spare resources for all that and the other things I need to do. I’m going back to my first love, Latin. The others will keep until wanted again, as Jane Eyre wisely said.

My very last French lesson, however, was funny because this came up on the screen, and I said, “You get me, Duolingo. You really get me. It’s a shame we can’t go further.”

But no, I didn’t say it in French; I was too amused. Ah well.