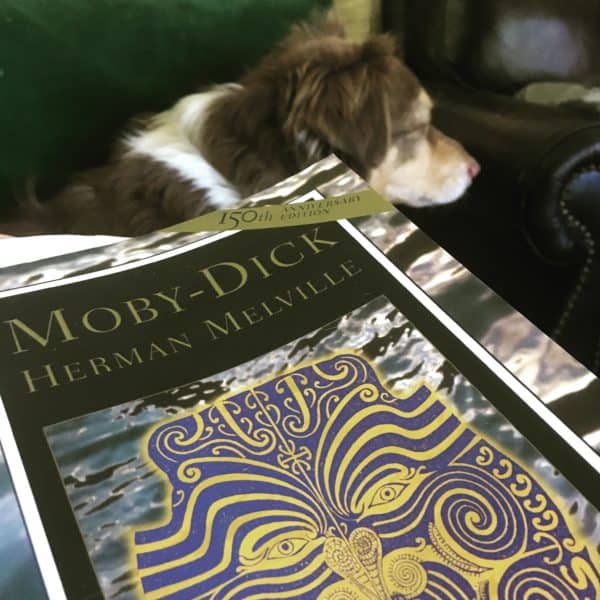 I finished Moby-Dick this past week. A common complaint is that the middle part of the book, pages upon pages of whale biology and whaling history and and and, is somehow “boring.” I think Melville deliberately structured the book to follow the pacing of the hunt itself. A whaling voyage, he says, could last two to three years, and of course there were long stretches of sailing time full of nothing but daily work and one’s own thoughts. The spike of activity near the end when the hunt reaches its apotheosis comes as a jolt and pulls the reader on.

Miss B, of course, wanted to know why I was sniffling a little when the book ending. She kept sticking her nose in my face and asking who on earth I was crying for. I rubbed her ears and could only repeat, poor Queequeg.

Now it’s my headcanon that Queequeg somehow escaped the vortex, and while Ishmael clung to the coffin Queequeg drifted in the opposite direction clinging to a broken bit of the mainmast (clutching the doubloon, too, because he effing deserved it) and finally after many adventures reached his home island, where he was a king again, and like Conan wore a jeweled crown upon a troubled brow, thinking of his lost mate.

That’s my private story, and I’m stickin’ to it.