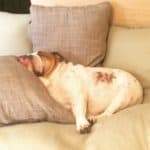 Busy-bee morning, though it is freezing still outside and we won’t get above the temperature of ice for a few days. It was so cold this morning I rolled out of bed and into my running togs and the Jedi bathrobe, and I am pondering the advisability of wearing said bathrobe for a 5K. (I mean, that qualifies as training, right? You can’t ever know when you might have to flee dressed as a Jedi.)

These are the things I think about.

I’ve put up the book page for Roadtrip Z. The first couple chapters go up on Thursday, or before if I get my act together. (Hint: probably the former.) I am SO EXCITED about this, guys. I like doing serials, I like the challenge and the weekly check-in with readers. I also like the idea of doing something new (for me). Since last year was so awful with the Steelflower debacle making the mortgage chancy, I’m happy to be trying something new. Publishing is kind of like being a shark–you stop swimming, you suffocate.

(It’s not shark-infested waters. That’s their home. They LIVE there.)

The only bad thing is the usual nerves (nobody will like this, they’ll hate it, it will suck, they’ll hate me, THE SUN WILL GO OUT AND WE’LL ALL STARVE) are magnified, and on a weekly basis, too. But really, that anxiety is never going to go away. Best just to realize it’s normal, plan for it, and move on.

(And every once in a while sit on one’s bed and scream into a pillow. Ever tried that? It’s liberating.)

It’s a busy morning partly because of work, and partly because Odd Trundles has been attempting to, erm, well, either mate with the Mad Tortie or dominance-hump her. She has variously taken refuge near the office heater (he keeps knocking over), my bedroom (where he follows, barking), or my lap, which means he gets, ahem, excited over my ankle since it’s the closest he can get. (You ever tried to write a sex scene while a bulldog attempts sweet sweet nookie to your ankle? It’s…exotic.)

Now the Tortie, somewhat shell-shocked, is clinging to my shoulder as I type this, and Odd has retreated to his bed in my office, licking his paws and making longing noises. The Tortie’s tail makes it somewhat difficult to see the screen, so I’m going to go put her somewhere out of Odd’s reach and head out for my run.

(Maybe with the bathrobe. I haven’t decided yet.)

This concludes the peek inside the eight-ring circus that is my head, and the accompanying circus of Chez Saintcrow. Thank you, and have a nice day.

(Hope you kept all your fingers and toes inside the carriage…)