The nice folks over at Orbit have revealed the cover for my upcoming homage to Soviet sci-fi, Cormorant Run. Isn’t it shiny? 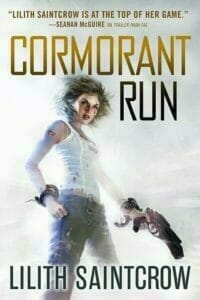 Since the Event certain people have gone into the drift… and come back, bearing priceless technology that’s almost magical in its advancement. When Ashe the Rat — the best Rifter of her generation — dies, the authorities offer her student, Svinga, a choice: go in and bring out the thing that killed her, or rot in jail.

But Svin, of course, has other plans…

On sale in June 2017, now available for preorder at Amazon and Barnes & Noble.