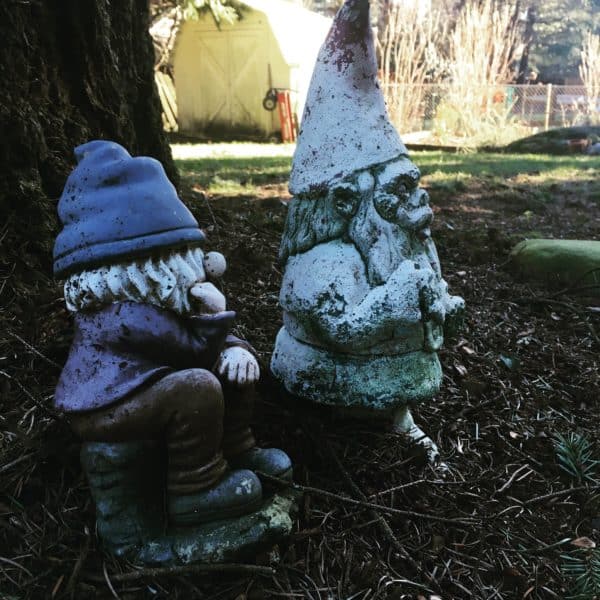 I brought (almost) everyone inside. It really wasn’t the koala’s fault at all.

I should have known something was up, because Phil was nervous. No, he wasn’t upset–since the deck debacle, Emphysema Joe’s been really, really good about sharing the green no matter what philosophical differences arise. So Phil, quiet and slow, said “HEY,” as I passed, but not the long drawn-out greeting such a syllable was wont to be at that hour. Instead, it was more like a squeak, still drawn-out, but full of urgency.

“What’s up?” It was before Yule, I was in a hurry, and the bowl of stuff I was carrying for the compost heap wasn’t getting any fresher, if you know what I mean.

“DUDE, I SHOULD JUST WARN YOU…”

“What?” I shifted from foot to foot. It was chilly, my old slippers were threadbare, and I had to get back inside. “Is Joe messing with the supply again?”

Phil shook his head and almost fell over. “NAW, DUDE, WE’RE COOL.” He motioned me closer, and Willard made an anxious gurgle.

He had a little pile of pebbles next to him, so I popped one in his mouth and bent down. “Well, spit it out. I’ve got a lot of cooking to do.” I gave both of them a good hard look.

Willard, chewing the pebble, was a little wild-eyed, and Phil was pale. “I THINK SOMEONE’S TRYING TO KILL WILLARD.”

This was by no means the weirdest thing he’d ever said to me, but all the same, it took me a second to catch up. “…what? I mean, is this batch of green making you paranoid, or–”

“NAH, MAN. SOMEONE SHOT AT HIM LAST NIGHT.”

“THAT BATMAN DUDE STARTED SCREAMING BAAAAAAANE AND WENDY STARTED BITCHING, AND THAT–”

“Wait, Wendy’s involved with this?” It didn’t sound like her type of scene, really. She prefers habit and routine to wandering around at night, which really does make her the perfect nurse for a poor broken superhero.

Phil all but stamped his foot at my obtuseness. “DUDE, SHE’S JUST AS MIFFED AS I WAS. YOU EVER HEARD A KOALA WITH A CORSET BITCH?”

…I just remembered I haven’t told you guys about Wendy. I’ll do that on Monday.

Have a good weekend!