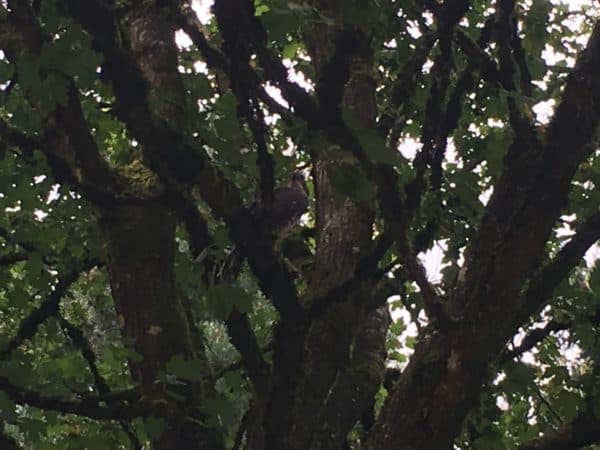 I’ve known there was a hawk’s nest in a local park for years, but never quite managed to catch more than a glimpse of one. The destruction of several trees in said park–under the guise of “renovating” it–broke my heart. Thankfully, the one showing the most evidence of being a favorite perch was not cut down. On that particular hot day, though, the youth in question decided to settle right over my head just as I finished a punishing bit of speedwork.

If you look carefully above, you may see the fierce, sullen glare of a young hawk. What you can’t see is the small mouse/vole/something clutched in talons. Or my gapjawed look of wonder as I tried to get a good picture.

The other people at the park probably thought I was catching a Pokémon. But I would never try to trap something so wild and beautiful. It’s best to leave it alone to shred its own catch in peace.