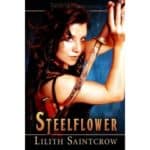 I get mail. Recently it was a scolding message sent to me through Patreon. This particular patron was only interested in Steelflower 2, and since that book is dead on the vine they wanted to cancel their pledge. Fair enough, except I can’t alter a patron’s pledges. That’s kind of the whole point of Patreon, but a second and a half spent with Google turned up some helpful information. (WHO KNEW?)

ANYWAY, the “scolding” bit was that I was “punishing” my readers for the “actions of one asshole.” I think I should post my entire reply here.

I received your message and wrote you one in return yesterday. Since it seems that didn’t go through, let’s try again!

I do not have the ability to alter my patrons’ pledges in any way, shape, or form. A quick Google, however, found this:

One of the things I remember from your message yesterday was that you felt I was “punishing” readers for the actions of one person. I do not see it quite that way. In face, I would contend that, having suffered the loss of a significant amount of paid working time to write the 70K words I did get done on the sequel, and then feeling utterly violated when that one person (yes, I know who it was) uploaded Patreon bits to a torrent site, is a punishment far greater than any my readers may suffer. The subsequent financial “hit” and the fact that I cannot even open up the Steelflower 2 file on my word processor without feeling violently ill definitely qualify as punishments. It seems to me that however much readers may miss the exploits of Kaia and her crew, I miss them more. They are parts of me that have been completely, well, violated. I keep using that word because it is the one that applies.

Fortunately, readers who pledged through Patreon saw considerable chunks of that book, and they were the only people in the world (other than the e-pirates) who saw them. Even my agent didn’t get to read those.

Thank you very much for your communication. I hope this clarifies my stance on the entire sad matter.

There is yet another twist to the Steelflower story–Samhain Publishing, the press that was kind enough to take a chance on the first book, had contracted for the second. Unfortunately, they are in they process of shutting their doors and have released me from the Steelflower 2 contract. So I am back where I was before I thought I could write the last two books of Kaia’s series–no publisher, and people taking time out of their busy lives to yell at me over things I have no control over. Only this time, there’s a significant financial hit from the loss of paid working time and BONUS e-piracy!

In short, I am right about here:

It will take a while for the rights to the first Kaia book to revert to me. When they do, I am having longing thoughts of just letting the book go quietly out of print. At least then, when people yell at me over the whole thing, I can just tip the e-mails into the “Entitled Prats” bin in my inbox and let them vanish forever into the screaming electronic wastes.